Top 6 Best Laptops With i5 Processor

The Intel Core i5 processor is the most popular chip in laptops falling within the $500 to $2,000 price range. And even though this is a well-made processor, the truth of the matter is that no two Core i5 laptops work exactly the same. In fact, performance differences exist within the Core i5 range of processors themselves (across different generations). With such conditions prevailing on the market, you’re better off settling for the best core i5 laptop after carrying out a detailed research. Luckily, if you’re reading this, we have done all the spade work for you. Below are six top selections alongside the reasons why they may (or may not) meet your needs. 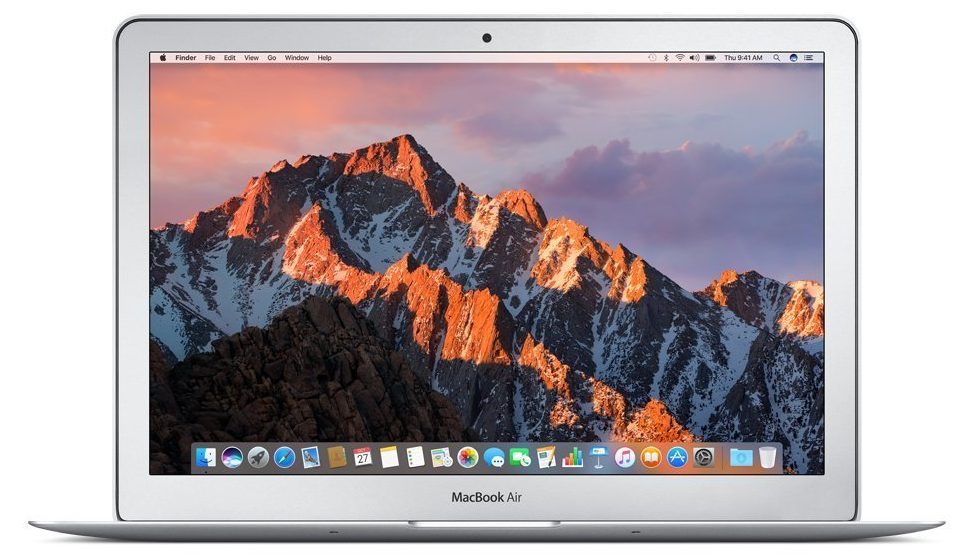 This MacBook Air comes with a Core i5 processor which is capable of clocking a base frequency of 1.8GHz. For those who would like to get higher speeds, the processor comes with a built-in Turbo Boost of up to 2.9GHz. That means you can literally push this 13-incher to the limits and get most tasks done at ultrafast speeds.

A closer look at its processor reveals that it’s a 5-th generation one. As you know, with this generation of processors, you get 4 cores. Therefore, though not perfect, this machine can be relied upon to deliver great speeds and a smooth multitasking experience.

That said, it’s important to also appreciate that the 5-th generation family of processors lacks hyperthreading. That, further, reduces the potential of performance that this system could put up.
Luckily, you end up with an 8GB RAM which provides you with a great memory capacity.

In a nutshell, there’s nothing really fancy about the MacBook Air’s processor except for the fact that it’s quite dependable. Indeed, you can comfortably use the machine for low-performance gaming and engage in multitasking with no qualms.

However, this is not the kind of processor to use for video editing. Likewise, if you’re looking for something to experiment 3D rendering with, you might want to avoid the MacBook Air at all costs.

That said, the machine has an outstanding reputation when it comes to stability. You can entrust it with your day-to-day office work. Likewise, you can use it for light-duty graphic design tasks.

Its Intel HD Graphics 6000 card is quite superb. Plus the laptop provides you with a retina display which boasts an award-winning pixel resolution. 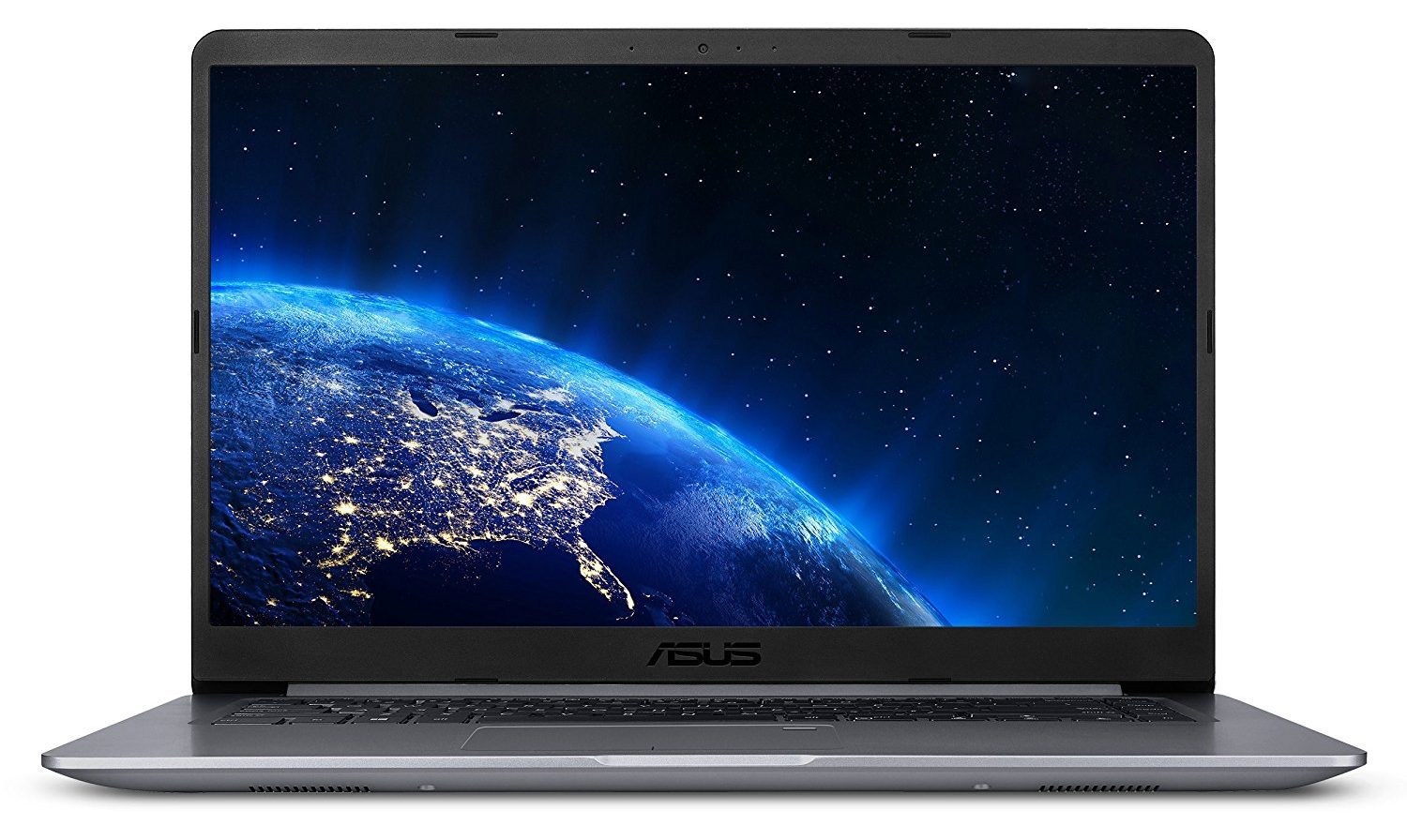 The F510UA FHD laptop stands out with its generous HDD storage. So, how good is its processor?
Well, the VivoBook packs an Intel Core i5-8250U processor. This is one of the best processors to have ever come from Intel in a long time.

So, you end up with 6 cores instead of 4 in addition to hyperthreading. These 2 additional cores help ease the burden on the other 4 meaning you end up with a better experience when multitasking.

Hyperthreading further boosts your computer’s speeds and ensures that the load is evenly distributed throughout the cores.

To further make your experience better, this ASUS machine provides you with an 8GB DDR4 RAM. That’s quite a generous memory capacity although we truly think that the sweet spot for this machine would have been at 16GB.

The ASUS’s base frequency currently stands at 1.6GHz although there’s an option to turbocharge it to clock 3.4GHz.

So, as far as processing speed and performance are concerned, we think the F51OUA offers a really good deal despite its low price tag.

Its display is, however, a bit grainy compared to the kind of stuff you’d find on a MacBook Air. Therefore, if you’re willing to sacrifice the quality of graphics for enhanced productivity, this would be a good machine to go for.

A word of caution, though, if you go for the 1TB HDD model, you might experience a below-average bootup speed.

We’d recommend going for the model with a 128GB SSD + 1TB HDD if looking for ultra-fast bootup speeds. 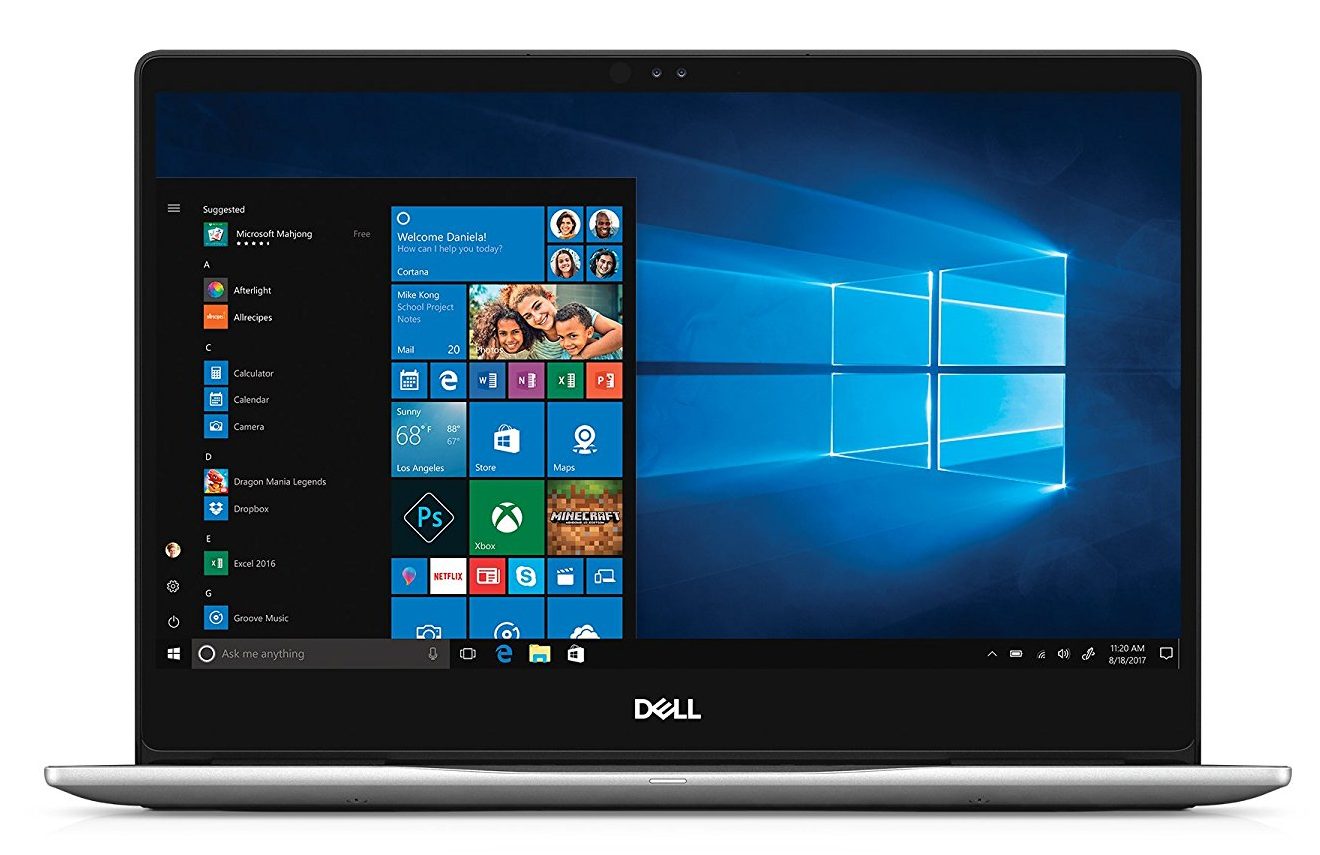 You can never go wrong if you invest in a Core i5-8250U processor. That’s because unlike any other generation of Core i5 breed, this is the only one with 6 cores and hyperthreading. The rest comes with 4 cores and no hyperthreading.

Besides having an award-winning processor, this laptop presents you with a 6MB cache. That’s good enough particularly because it makes it easier for the machine to perform repetitive tasks. However, we wish the cache memory could have been increased to 8MB or more.

The Dell, further, provides an 8GB DDR4 RAM. The RAM memory is great but isn’t stellar in our opinion. For that reason, we wouldn’t recommend overloading this machine.

But generally, the Inspiron is pretty fast especially considering the fact that it comes with a 256GB SSD memory. We’d have, however, wished for more SSD space – 500GB SSD would have been really great!

Apart from that issue, we’d like to acknowledge the fact that this machine has a great display. That’s a 1920×1080 IPS True-Life LED-Backlit display which also provides a 10 finger multi-touch support.

For those looking for a versatile machine, this would be a great choice on any day. In fact, were it not for its lean graphics card, this machine would have been capable of handling some AAA titles.

Otherwise, this is a superb machine for lightly threaded applications such as Photoshop. It, however, may struggle to deal with video encoded tasks.

Otherwise, this is a perfect choice for multi-tasking and day-to-day tasks. Its jump in performance is all you need to get things done fast and easily.

So, you really can go ahead and enjoy immersive stuff including VR and 4K entertainment.

The Inspiron 5000 is another one of the competitively priced machines that pack up a Core i5-8250U. And as we’ve already mentioned, this is one of the finest Core i5s you can ever find.

The machine further provides an 8GB RAM and 1TB HDD. Also, one can always upgrade to a pricier unit under the same model which comes with a 16GB RAM, 512GB SSD, and 2TB HDD.

Still, all the versions of this laptop are well-priced and boast highly responsive Touch Screen features. However, it’s the 16GB RAM model that seems to offer the sweetest deal so far.

Perhaps the only major downside we could pick with this Inspiron stems from its display. Even though the manufacturer claims that it packs IPS technology for great viewing angles, in our opinion, the display is pretty lackluster compared to the Retina on the MacBook Air and Pro.

Moving on, we think that this machine is best suited for researchers, reporters, and students. That’s because it’s pretty solid and reliable.

It can even be used when one is on the move. And best of all, the keyboard is pretty well laid out and intelligently spaced.

In particular, the Page Up & Page Down keys have been completely removed and replaced with actionable Function commands. That creates extra room for an easy and comfortable typing experience.

On the downside, though, this laptop isn’t that flash looking. It may not win a beauty contest but overall, it can be relied upon to function seamlessly in the long-run.

So, clearly, the Inspiron seems to be designed for people who care more about substance than style.

This sleek machine boasts an 8-th generation Intel Core i5-8250U processor. One unique thing about this processor is that it’s designed to provide you with extra performance but at a 15-watt power consumption rate.

Therefore, this ASUS ZenBook is probably the most energy-efficient choice you’ll ever come across. That’s in addition to the fact that it’s capable of operating while emitting minimal heat.

As such, you can count on the UX330UA to run a demanding schedule all day. Heck! You can even experiment with light-duty gaming provided you don’t go overboard with that.

The UX330UA is also a fantastic choice for graphic design. It can also be used for low threaded programs such as Photoshop.

On top of that, this unit provides you with an 8GB RAM alongside a 256GB SATA SSD. The good thing with such a combination of specs is that you get an optimal performance at all times and can, therefore, experience the full benefits of the i5.

Its SSD storage comes in handy, for instance, in boosting the bootup speeds of the laptop. What’s more? There’s plenty of room for multitasking.

Typically, you can open more than 20 tabs on Google Chrome and even stream a 1080p clip on it without a hiccup. So, as you can imagine, despite its low price tag, this machine can actually rival some Core i7-8550U models on offer.

And that’s not all! The Asus ZenBook spots an Nvidia MX150 processor which is quite good in graphics. That’s alongside the fact that this unit proudly delivers over 9 hours of battery life.

That way, you can go ahead and browse different websites, run videos and graphic tests like a boss. Does that sound like a better deal than what you’d expect from some premium laptops?

The only downside so far is that, though the ZenBook is pretty well-made, it has a crappy webcam. The front-facing shooter delivers a pathetic 480p image which translates into blurry images.

As far as the quality of graphics is concerned, the ZenBook works excellently with the Splendid Utility software. This gives you the convenience to adjust color temperature on the screen and install new drivers. 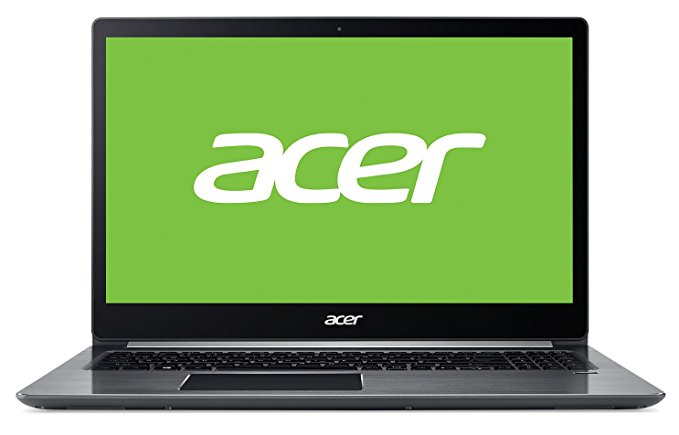 From a glance, the Acer Swift 3 may resemble a pricey and premium-grade laptop. But once you look at its friendly price tag, you get to realize how much of a good deal this rig has to offer.

Its processor, for instance, boasts the power to run multiple apps while still leaving a lot of room for more. That’s partly attributed to the fact that it’s a Core i5-8250U.

This increasingly popular chip is known for being an efficient performer and the Acer Swift 3 is optimized to utilize its full potential.

Interestingly the Zenbook is so powerful that it can even be used to handle some video encoding tasks. Our research revealed that it can hold up pretty well in “Handbrake.”

So, really, this is a machine that you can entrust with heavy-duty tasks from time to time. One thing we’d like to highlight here is that the Zenbook is pretty consistent and reliable. Its processor is pretty powerful and can handle thermal loads with no qualms.

What about storage speeds? Well, in our honest opinion, the Acer does a great job in keeping up with more expensive laptops. At an under $700 price tag, it is great to see that it comes with a 256GB SSD. Of course, we could have wished for more but so far so good.

In fact, unlike other machines that use SATA connection, this one provides you with a PCI Express drive which supports an Intel 600p drive. That’s no doubt the direct ticket you need to enjoy a heightened performance.

That said, if you want to game, the Acer Swift 3 may not be a great choice. It comes with an Intel UHD 620 graphics card which would really struggle to play modern games in a reasonable framerate.

The best Core i5 processor isn’t necessarily the one with the most speed but one that’s stable and reliable. And another thing – in order for a laptop to make full use of a beefy processor, it needs to be a real workhorse. For instance, it should have a reasonably sized SSD, great drivers and, most importantly, a strong RAM. To this end, we hope that the detailed review provided above will help you make an informed choice.